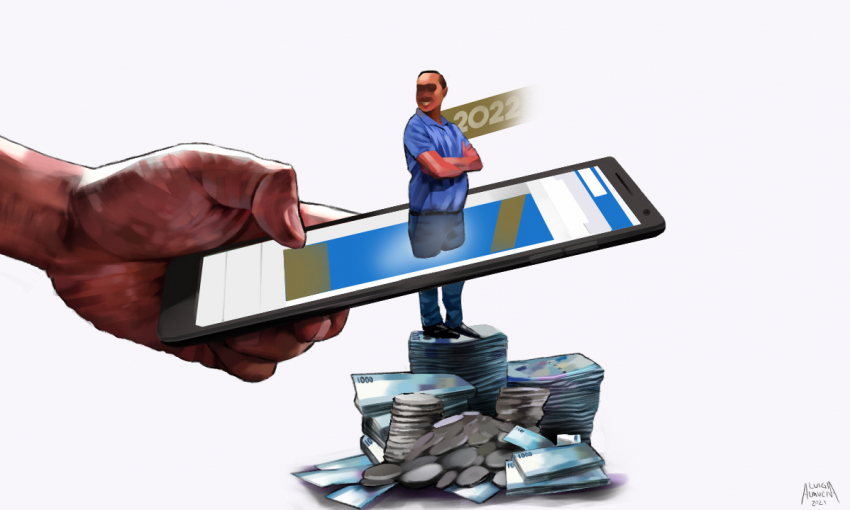 In previous polls, social media merely supplemented electoral campaigning on air and on the ground. Candidates still opted to place ads on traditional media then republished these on digital platforms.

That was until former Davao City Mayor Rodrigo Duterte was propelled into the presidency in 2016. Duterte’s former social media operator attributed this to a grassroots online community that amplified campaign messages and materials, although many observers said Duterte and his team’s online approach relied heavily on disinformation networks and troll farms.

What’s clear, though, was that political strategists could no longer ignore online platforms.

Despite the ubiquity of political ads on social media in 2019, however, only 16 senatorial candidates declared their social media-related spending, the Philippine Center for Investigative Journalism (PCIJ) found.

These candidates mostly paid Facebook and Google-owned YouTube, the two most used social media networks in the Philippines, according to their Statements of Contributions and Expenditures (SOCEs).

The SOCEs covered only declared transactions during the official campaign period. For national posts, that was from February 12 to May 11, 2019.

Based on candidates’ SOCEs, former senator Paolo Benigno “Bam” Aquino IV, who ran under the opposition Liberal Party, had the biggest social media spending during the 2019 polls.

Aquino, who was seeking reelection, spent more than P6.62 million on online campaigning; P1.05 million of this amount went to Facebook, P5.55 million to YouTube advertisements, and a measly P17,416 to Google search placements.

Go was one of the few candidates who provided a detailed account of his Facebook transactions in his SOCE. Documents showed that he paid the platform an average of P50,000 per day at the outset of the campaign period, which then increased to as much as P200,000 daily as Election Day drew near.

Ng and Liu were Go’s top campaign donors in 2019, with each contributing more than P14 million. Both were also listed as Go’s “creditors” in his 2016 and 2017 Statements of Assets, Liabilities, and Net Worth (SALNs). At the time, Go was still Special Assistant to the President, an office created especially for him by Duterte.

According to his 2017 Statement of Assets, Liabilities, and Net Worth (SALN), Go had “personal loans” from Ng and Liu, which had a combined total of P11.25 million.

A review of the 2019 electoral campaign expenditures of senatorial bets also showed that only six of the 12 winning candidates declared their social media expenses.

As declared in their SOCEs, Diokno’s and Angara’s social media-related expenditures were solely on Facebook.

Former party-list representative and independent candidate Neri Colmenares spent over P660,000 on social media ads, according to his SOCE. This amount was more than the declared social media spending of elected senators Cayetano, Marcos, and Binay, who all came from political families.