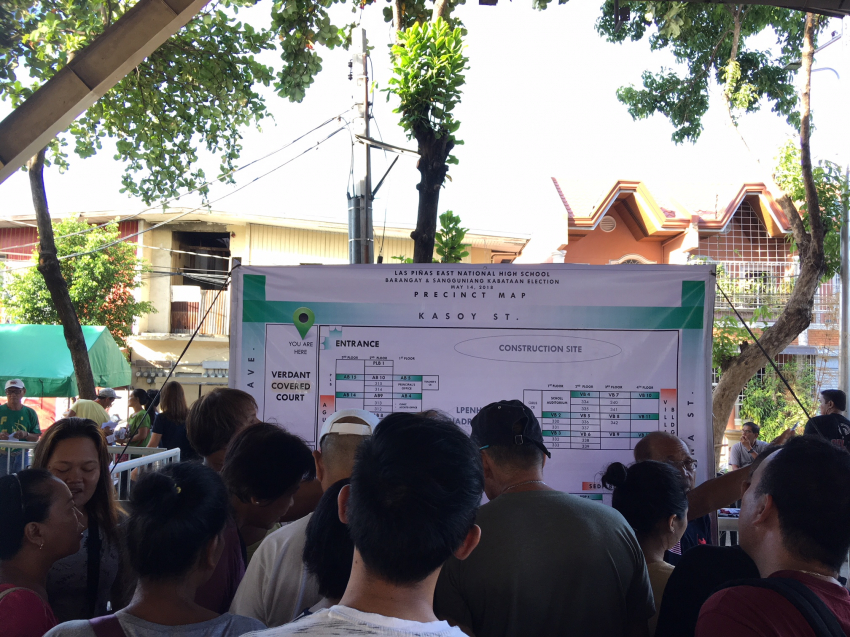 Every three years, Filipinos go to the polls to elect local government officials in all the 1,634 cities and municipalities of the 81 provinces of the Philippines. On May 13, 2019, three in every four or 46,937,139 of the nation’s total registered voters of 61,843,771 cast their ballot.  This number excludes as yet the Overseas Absentee Voters or OAVs. The Commission on Elections (Comelec) pegged at 75.9 percent the voter turnout in the last balloting that was also synchronized with the election of 12 senators, and party-list and district representatives. The right to suffrage – to vote and to be voted into public office – is firmly enshrined in Article V of the 1987 Constitution. Suffrage, says the fundamental law of the land, “may be exercised by all citizens of the Philippines not otherwise disqualified by law, who are at least eighteen years of age, and who shall have resided in the Philippines for at least one year and in the place wherein they propose to vote for at least six months immediately preceding the election.” This right knows no bounds at all for qualified citizens living and working at home or overseas. “No literacy, property, or other substantive requirement shall be imposed on the exercise of suffrage,” the Constitution adds. Nearly a quarter of all registered voters failed to claim or exercise this right in May 2019, however. “Registered Voters” refers to voters who are registered in the different cities and municipalities in the country.

The Comelec has placed the national voter turnout at 75.9 percent in the May 2019 elections. But in one for every four or 396 cities and municipalities, (24.2 percent of the total 1,634), the voter turnout was less than the national average.   In contrast, the voter turnout in the rest or the 1,238 cities and municipalities was more than the national average. The results for party-list elections appear to have been affected mostly as official figures indicate that those who voted in the May 13, 2019 polls but didn’t select or weren’t able to select any party-list organization to be part of the 18th Congress could reach nearly 40 percent of the total. That’s quite a leap from the undervoting rate for the party-list election in 2016, which is estimated to be around 20 percent.  An "undervote" refers to a situation in which a voter selects less than the maximum number of seats allowed for a position. For a single-slot position such as the party-list poll, an undervote for means that no vote was cast or no oval was shaded in the ballot for that post. (An overvote, meanwhile, happens when a voter chooses more candidates than the maximum number allowed.) Undervoting happens every election across all positions; a voter might choose to not fill up all the maximum slots allowed for a multi-slot position or just decide that he or she will not vote anyone for a particular post. But in the May 2019 elections, a change in the ballot layout is being eyed by some as one of the main reasons why the party-list polls suffered what is looking like major undervoting. Data from the Commission on Elections (Comelec) even reveal four provinces as having undervoting rates above 50 percent in the recent party-list race: Zamboanga del Sur, Siquijor, Zamboanga del Norte, and Negros Oriental. Thirty-nine provinces recorded undervoting rates between 40 and 49 percent, while most of the rest reached 30 percent. Six provinces also had their party-list undervoting rates going up by more than 25 percentage points from 2016 to 2019: Camarines Norte, Guimaras, Mountain Province, Nueva Vizcaya, Sorsogon, and Zamboanga del Sur. Mountain Province recorded the highest surge in party-list undervoting, shooting up from 20.52 percent in 2016 to 49.60 percent in 2019, or a difference of 29.08 percentage points. Comelec’s Election Records and Statistics Division (ERSD) data show that in the 2016 polls, only one province had a party-list undervoting rate that went beyond 40 percent: Batanes, with 42.64 percent. Ten had rates between 30 and 37 percent. (Batanes figures went missing in Comelec ERSD 2019 elections file given to PCIJ. The Election Office in Batanes apparently hasn’t submitted its data to Comelec as of this writing.) -- Research and reporting by Justin Oliver Fiestada, Dyesel Cezar,  Dearlyn de Luna, Aiza Seguiro and Karol Ilagan, PCIJ (A full story about this data and other election-related datasets are available via PCIJ.)

Number of registered voters vs. number of voters who actually voted, May 2019 elections