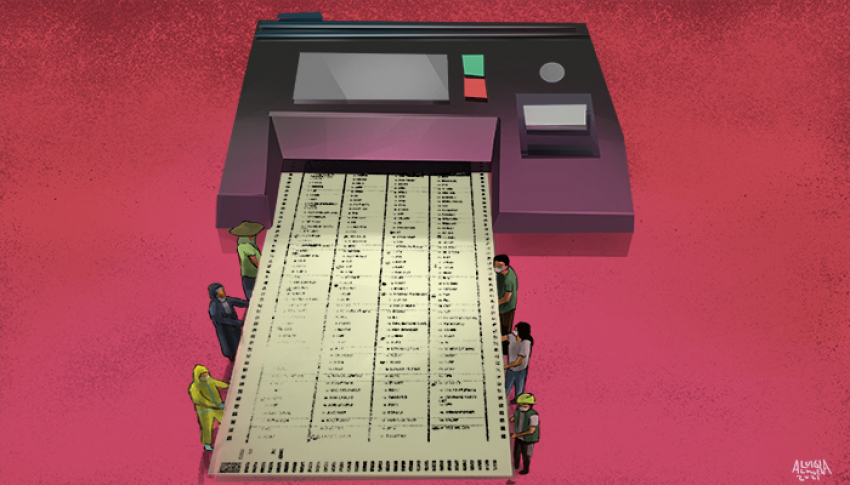 Despite being the “poorest” among elected senators in 2019, political neophyte Christopher Lawrence “Bong” Go spent the most during the campaign.

Businessman and long-time aide to President Rodrigo Duterte, Go spent a total of P161.42 million during the 90-day official campaign period set by the Commission on Elections from Feb. 12 to May 11, 2019.

Aside from expenses for political advertisements, Go shelled out the most — and significantly higher compared to his peers — on travel (P26.11 million), stationery, printing, and distribution of campaign materials (P10.04 million), and compensation of campaigners (P6.13 million).

Go only had a declared net worth of P15.51 million, as of June 2019, according to a summary of his statement of assets, liabilities, and net worth (SALN) provided by the Senate to the Philippine Center for Investigative Journalism (PCIJ). (Go is only considered “poor” in comparison to the high net worths of his peers in the Senate.)

Angara’s political party, the Laban ng Demokratikong Pilipino, financed his entire campaign through “in kind” contributions. Among all winning candidates, meanwhile, only Villar received no contribution and funded her campaign entirely out of her personal pocket.

Villar is wife to tycoon and former politician Manuel or “Manny,” whose businesses include, among others, real estate development Vista Land, mall operations Vistamall, and retail All Value Holdings.

Also serving her first term in the Senate, albeit no newbie in politics, Maria Imelda Josefa “Imee” Marcos incurred P132.15 million in total campaign expenditures. Her campaign was funded in full by contributions from only 27 donors.

Prior to clinching a spot in the 2019 senatorial race, Marcos was a three-term governor in Ilocos Norte. She is the daughter of former dictator Ferdinand and former first lady Imelda, and the sister of defeated vice presidential candidate Ferdinand “Bongbong” Jr.

Actor and Sen. Ramon Bong Revilla, Jr., who was embroiled in a multi-billion-peso pork barrel scam, spent P121.95 million for his campaign. Of this amount, a total of P95.85 million was contributed in cash and in kind by his political party, Lakas-Christian Muslim Democrats (Lakas-CMD).

Five other winning senatorial candidates, all of whom had served at least one full term in office, spent less than P100 million in their campaign.

The campaign of Binay — a re-electionist who made her name in politics as personal assistant to her father, former Vice President Jejomar — was funded solely by her party, the United Nationalist Alliance (UNA).

The winning candidate with the lowest campaign spending was Sen. Manuel “Lito” Lapid, with only P10.75 million total expenditures. This is 1,500 percent less than top spender Go’s campaign kitty.

Check out the wealth summaries and campaign spending of Philippine senators in Datatalk.